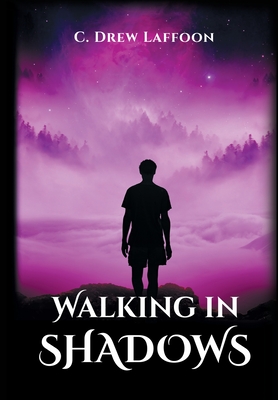 By C. Drew Laffoon
$24.99
Not Available In-Store - Usually Ships from Warehouse in 1-5 Days

Gabriel White has not had an easy life so far, and he is only fifteen. His father was killed a few years ago, leaving him alone with his mother and older brother in a small town that has never felt like home. Unlike his popular older brother, he is awkward and insecure. Born with a condition where both eyes are distinctly different colors makes him just another easy target for school bullies.

However, strange things begin happening the closer he gets to his sixteenth birthday...and Luc. Plagued by nightmares, his dreams begin to teach him about his destiny and the power that has always been inside him. He will soon discover that he is anything but ordinary. In fact, he is a rarity in the world, the third generation of seventh sons, haunted by an ancient evil determined to plunge the world into darkness.

Gabe is aided by his best friend Carlee, an ancient book that he finds in the town's library, and a guide he meets in a magical realm called The Veil. Will those be enough to save the world and survive high school?

Like most teens, Gabe wants to fit in, but his destiny is to stand out.