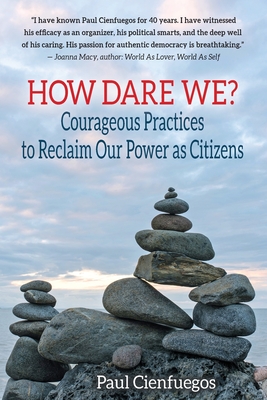 Do you care deeply about the state of our society and don't see yourself as an activist but want to do something powerful to make a difference? Or maybe you are an activist and are frustrated that your efforts aren't bearing fruit? This book is for you No more pleading with government and corporate power-holders who don't care what you think. No more testifying at public hearings where the law requires that they ask for public input but the decision has already been made. It's time to breakout of the "cage of allowable activism" and learn how We the People can become a more powerful force for good. (Yes, you belong to that group ) Don't give up. It's not hopeless. Read this book and get more active in a way that brings real change - Paul Cienfuegos

Paul Cienfuegos is a leader in the Community Rights movement, which works to dismantle the absurdity of corporate personhood and other corporate constitutional so-called "rights" and assert We the People's inherent right to govern ourselves. He has led workshops and organized communities across the U.S. since 1995. Paul moved to Portland, Oregon in 2011 and co-founded the Oregon Community Rights Network in 2013. Paul is the Founding Director of Community Rights US: www.CommunityRights.US.