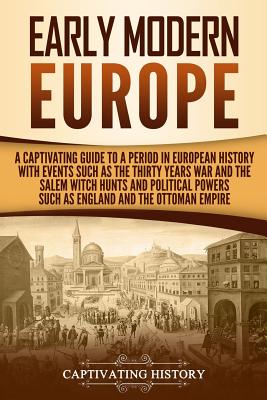 Explore the Captivating History of Early Modern Europe The beginning of modern Europe was a time of confusion, excitement, suspicion, hope, despair, and ideas. It was a time of a lot of change spread out over just a few hundred years, but the end result was a completely different world than the one that had come before it. This book includes details of the transition from the Middle Ages to the early modern era, where Europe saw significant shifts across the continent in phases. The years following the 30 Years War until the 1800s are treated as a transition between the early and current modern eras. The unrest that started at the end of the Middle Ages exploded following the Thirty Years' War, and it marked the change to many of the thought processes widely accepted as true today. In Early modern Europe: A Captivating Guide to a Period in European History with Events Such as The Thirty Years War and The Salem Witch Hunts and Political Powers Such as England and The Ottoman Empire, you will discover topics such as
So if you want to learn more about Early Modern Europe, scroll up and click the "add to cart" button