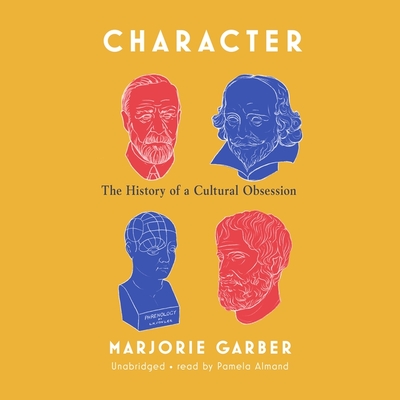 A spirited, engaging investigation into the concept of character, an enduring human obsession in literature, psychology, politics, and everyday life

What is "character"? How can it be measured, developed, or built? Are character traits fixed or changeable? Is character innate, or can it be taught?Since Aristotle's Poetics, philosophers, moralists, artists, and scientists have engaged with the enigma of human character. In its oldest usage, "character" derives from a word for engraving or stamping, yet over time, it has come to mean a moral idea, a type, a literary persona, and a physical or physiological manifestation, observable in works of art or in scientific experiments. It is an ingredient in drama and the focus of self-help books.As Marjorie Garber explores in Character, character seems more relevant than ever--the term is omnipresent in discussions of politics, sexuality, ethics, morality, and the psyche. But it seems to carry an unusually wide range of meanings, some disconcertingly at odds with others.Why are "character flaws" of such great interest today, whether in political campaigns, personal relationships, or the biographies (and autobiographies) of famous people, living and dead? What does "character," in this moral or ethical sense, have to do with the concept of a character in a novel or a play? Are our notions about fictional characters in fact helping to produce our ideas about moral character?The question of "character" arises in virtually every area of modern life. And in every case, there is the same fundamental tension: between something regarded as innate or intrinsic to the individual, and something that can be taught or copied. With characteristic verve, humor, and vast erudition, Garber explores the stakes of these conflations, confusions, and heritages, from Aristotle and Shakespeare to the present preoccupation with "character issues," "character assassination," and the "character flaws" of public figures.