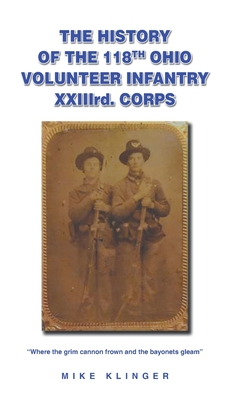 This book is based on five-hundred letters, six diaries and the regimental surgeons day book. All new primary resources for the researcher. It is illustrated with 142 plates of photos of the men, maps, and sketches as well as some modern photography. This regiment spent 10 months guarding the Kentucky Central Railroad building blockhouses and was engaged in suppression of Confederate recruitment, spying and communications. They moved into East Tennessee and six months of 1/4 to 1/2 rations and their first battle at Mossy Creek. They then started into the Atlanta campaign loosing heavily at Resaca, Kennesaw and Utoy Creek. They took part in the campaign in Tennessee against Hood, fighting at Columbia, Spring Hill and holding a hitherto unrecorded critical flanking position at Franklin. They fought at Nashville and the pursuit of Hood. They then were transported to Cape Fear North Carolina. Assaulted Ft. Anderson and linked up with Sherman for the final movements resulting in the surrender of Johnson's Forces.