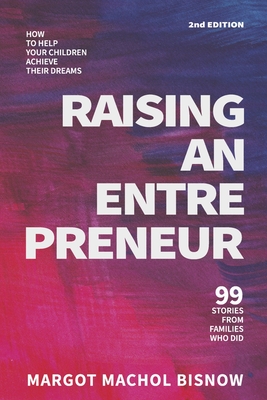 Learn how successful entrepreneurs were raised! Could your children start a company that disrupts existing industries? Or a non-profit that helps people around the world? Or follow their passion as an artist or activist? And most important, lead a life of joy and purpose, to be happy and fulfilled? Margot Machol Bisnow, mother of two thriving entrepreneurs, reveals how to raise creative, confident, resilient, fearless kids who achieve their dreams, through 99 stories of families who did it.