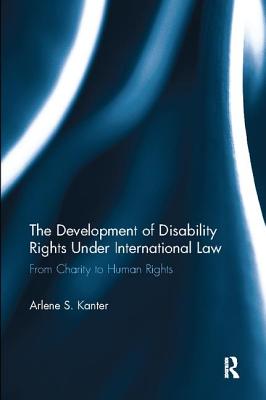 By Arlene S. Kanter
Email or call for price

Taking a comparative perspective, the book explores how the success of the CRPD in achieving protections depends on the extent to which individual countries enforce domestic laws and policies, and the changing public attitudes towards people with disabilities. This book will be of excellent use and interest to researchers and students of human rights law, discrimination, and disability studies.

Arlene S. Kanter is the Laura J. and L. Douglas Meredith Professor of Law and Director of the Disability Law and Policy Program at Syracuse University College of Law, USA.