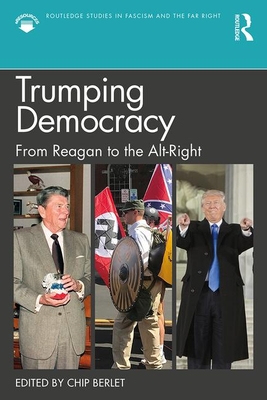 By Chip Berlet (Editor)
Email or call for price

Since 2014, over 80 people have been killed in the United States of America by Right-wing terrorists. In 2016 Donald Trump was elected President of the United States and received substantial support from White nationalists.

This book explains the increase in violent White nationalism and Trump's ascendancy in the context of the backlash against the presidency of Barack Obama. It demonstrates how there is a dynamic relationship between the Republican Party, various Right-wing populist movements, and the Right. Far Right social movements, political campaigns and the online presence of the so-called 'alt-Right' are all discussed. The book argues that unfair hierarchies of race, gender, and class are not aberrational tremors in America, but the fracturing bedrock of a nation in which being White, male, Christian, or straight no longer ensures a stable floor for power, status, or privilege.

This is vital reading for students, researchers, and activists interested in American politics and the dangers of Right-wing movements and political parties.

John Foster Chip Berlet is an American investigative journalist, research analyst, photojournalist, scholar, and activist specializing in the study of Right-wing movements in the United States.