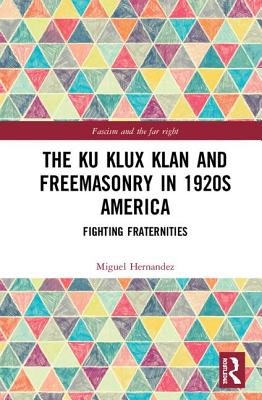 By Miguel Hernandez
Email or call for price

The Second Ku Klux Klan's success in the 1920s remains one of the order's most enduring mysteries. Emerging first as a brotherhood dedicated to paying tribute to the original Southern organization of the Reconstruction period, the Second Invisible Empire developed into a mass movement with millions of members that influenced politics and culture throughout the early 1920s. This study explores the nature of fraternities, especially the overlap between the Klan and Freemasonry. Drawing on many previously untouched archival resources, it presents a detailed and nuanced analysis of the development and later decline of the Klan and the complex nature of its relationship with the traditions of American fraternalism.

Miguel Hernandez is Lecturer in Twentieth Century American History in the Department of History at the University of Exeter.