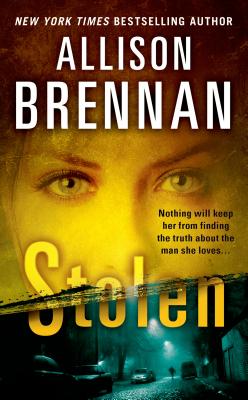 This is book number 6 in the Lucy Kincaid Novels series.

Nothing is more important to private investigator Sean Rogan than his relationship with FBI trainee Lucy Kincaid. But when his past catches up with him, Sean faces an ultimatum: clear his name and help the FBI take down a rogue agent, or go to prison and lose everything he holds dear. With only Agent Noah Armstrong as his back-up and forced to keep Lucy in the dark, Sean steps back into his old world. But the longer he's undercover, the more dangerous the game becomes. More than Sean's future with Lucy is at stake—so is his life.

Lucy can't imagine Sean would keep secrets from her—until an FBI agent casts doubt about who he really is…and who he used to be. Why did Sean quit his job with his brother and move to New York? Why hasn't he told her anything about his new job? With more questions than answers, Lucy doesn't know who to believe or who she can trust. All she knows is that Sean is in grave danger, and this time, it's personal.

“Brennan throws a lot of story lines into the air and juggles them like a master. The mystery proves to be both compelling and complex. . . [A] chilling and twisty romantic suspense gem.” —Associated Press on Silenced

“The evolution of Lucy Kincaid from former victim to instinctive and talented agent continues in Brennan's new heart-stopping thriller. . .From first to last, this story grabs hold and never lets go.” —RT Book Reviews (a Top Pick) on Silenced

“An excellent addition to the Lucy Kincaid series. Lucy and Sean continue to develop as complex, imperfect characters with a passion for justice. . .The suspense was can't-put-it-down exciting.” —Fresh Fiction on Silenced

“Brennan's Lucy Kincaid/Sean Rogan books are not only excellent procedural thrillers, but also chart the evolution of an intriguing relationship. The peeks into the mind of this heinous killer are all too chilling, making the threat level palpable and the story riveting. Brennan is on a major roll!” —RT Book Reviews on Silenced