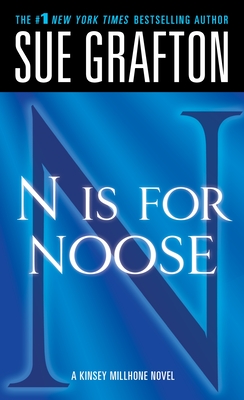 This is book number 14 in the Kinsey Millhone Alphabet Mysteries series.

"SMART AND SASSY" (New York Times) P.I. Kinsey Millhone is at it again in yet another thrilling adventure from the #1 New York Times bestselling author Sue Grafton

Tom Newquist has died. A detective in the Nota Lake sheriff's office, Tom was tough, honest, and respected by all. He was also a heavy drinker and a workaholic, much to his wife Selma's distress. And now that Tom is gone, Selma can't help but wonder what it really was that was troubling him….

What made Tom so restless during the last six weeks of his life? Why was he up all night and brooding all day long? What—or who—was at the heart of his dark moods? With the coroner's report in hand, Selma decides to enlist the help of Kinsey Millhone to find the truth about what happened to her husband.

But the residents of Nota Lake keep their secrets close—and their enemies closer. And the deeper Kinsey's investigation goes, the closer she comes to confronting the most dangerous outcome of all: the truth…