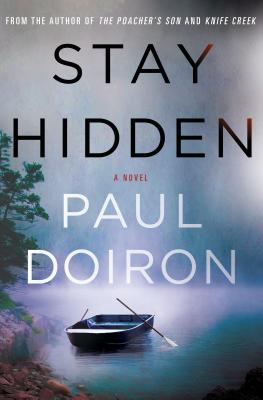 By Paul Doiron
Email or call for price
Hard to Find

This is book number 9 in the Mike Bowditch Mysteries series.

A woman has been shot to death by a deer hunter on an island off the coast of Maine. To newly promoted Warden Investigator Mike Bowditch, the case seems open and shut. But as soon as he arrives on remote Maquoit Island he discovers mysteries piling up one on top of the other.

The hunter now claims he didn’t fire the fatal shot and the evidence proves he’s telling the truth. Bowditch begins to suspect the secretive community might be covering up the identity of whoever killed the woman, known as Ariel Evans. The controversial author was supposedly writing a book about the island's notorious hermit. So why are there no notes in her rented cottage?

The biggest blow comes the next day when the weekly ferry arrives and off steps the dead woman herself. Ariel Evans is alive, well, and determined to solve her own “murder” even if it upsets Mike Bowditch’s investigation and makes them both targets of an elusive killer who will do anything to conceal his crimes.

“Doiron captures the stark beauty of his setting without averting his eyes from the sick and starving wildlife, the rancorous feuds among the lobstermen or the homicidal impulses that push islanders off the deep end.”—New York Times Book Review

“Doiron is at his finest…a marvel of a thriller…filled with unpredictable twists and a cast of believable characters.” —Shelf Awareness

Praise for the Mike Bowditch mysteries:

“The characters are so well-drawn you can almost reach out and shake their hands, and the rural landscape is so vividly portrayed that the reader can smell wildflowers, marvel at the swarms of fireflies and feel the sting of the blood-thirsty insects. But the author's finest achievement is the evolution of Mike Bowditch himself.” —Bruce DeSilva, Associated Press on Knife Creek

“Doiron [makes] the Maine woods live and breathe… Multidimensional characters and a high level of suspense help make this a winner.” —Publishers Weekly (starred review) on The Precipice

“Gripping . . . Doiron has reached a new level in his craft, putting him, without a doubt, among the best crime writers working today.” —Portland Press Herald

“Paul Doiron is shaping up as the Tony Hillerman of the east. . . . presenting central characters who are brave and brainy but all too human and fallible . . . [Doiron’s] storytelling is always enthralling.” —Toronto Star