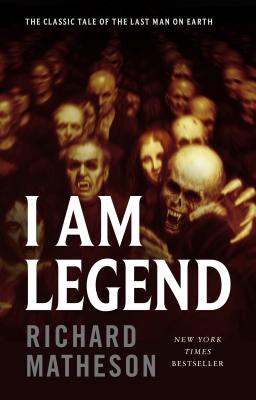 The New York Times bestselling classic tale of the last man on Earth, I Am Legend by Richard Matheson--one of genre literature's most honored storytellers. Now a major motion picture starring Will Smith!

Robert Neville is the last living man on Earth...but he is not alone. Every other man, woman, and child on Earth has become a vampire, and they are all hungry for Neville's blood.

By day, he is the hunter, stalking the sleeping undead through the abandoned ruins of civilization. By night, he barricades himself in his home and prays for dawn.

How long can one man survive in a world of vampires?

Richard Matheson (1926-2013) is the author of many classic novels and short stories. He wrote in a variety of genres including terror, fantasy, horror, paranormal, suspense, science fiction and western. In addition to books, he wrote prolifically for television (including The Twilight Zone, Night Gallery, Star Trek) and numerous feature films. Many of Matheson’s novels and stories have been made into movies including I Am Legend, Somewhere in Time, and Shrinking Man. His many awards include the World Fantasy and Bram Stoker Awards for Lifetime Achievement, the Hugo Award, Edgar Award, Spur Award for Best Western Novel, Writer’s Guild awards, and in 2010 he was inducted into the Science Fiction Hall of Fame.

“The most clever and riveting vampire novel since Dracula.” —Dean Koontz

“I think the author who influence me the most as a writer was Richard Matheson. Books like I Am Legend were an inspiration to me.” —Stephen King

“One of the Ten All-Time Best Novels of Vampirism.” —Fangoria