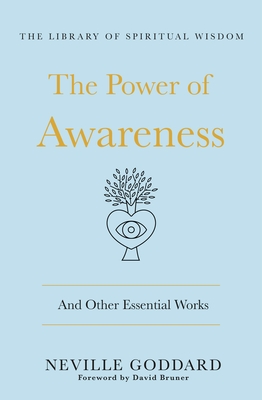 A New Collection From One of America's Most Powerful Mystical Writers

Neville Goddard was a 19th century author whose deep belief in human potential formed the basis of all of his writings. Venturing into the realms of mysticism and religion, Neville's work is rooted in an empowering insistence on the agency and power of individuals to shape their own reality. The Power of Awareness: And Other Essential Works features a broad selection of Neville's published works and lectures, including:

The Power of Awareness is part of The Library of Spiritual Wisdom, a beautifully designed series of curated classics written by some of the greatest spiritual teachers of all time. With books covering topics ranging from prosperity and motivation to the occult and metaphysical thought, The Library of Spiritual Wisdom is the definitive collection of texts from some of the most revolutionary minds of the 19th and 20th centuries.

Neville Goddard (1905-1972) abandoned his work as a dancer and actor to dedicate himself to a career as a metaphysical writer and lecturer. Neville's work, including his book At Your Command, influenced a range of spiritual thinkers, from Joseph Murphy to Carlos Castaneda.