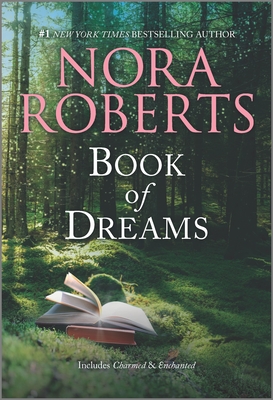 The Donovan legacy continues in these two classic tales of love and magic Charmed Anastasia Donovan has sworn off romance. After a past boyfriend refused to accept Ana's gift of witchcraft, Ana decided she would move on and start fresh. So when Ana befriends her new next-door neighbor--six-year-old Jessie--she doesn't plan on falling for Jessie's protective single father, Boone Sawyer. Boone and Ana have an undeniable connection and their relationship blooms quickly, but Ana decides to keep her magical secret to herself. The only magic Boone is used to is the kind he writes about in his acclamied children's stories. How can Ana convince him that he's living in a real-life fairy tale? Enchanted Tired of her practical life, Rowan Murray escapes to a secluded, peaceful cabin on a whim for a much-needed adventure. Her only companions are her neighbor, the reclusive and mysterious Liam Donovan, and a wolf that lives in the woods around her house. Strange as it seems, Rowan befriends the wild animal, finding his presence comforting in the midst of such uncertainty in her life. Eventually, Liam warms to Rowan, too. But he's hiding a secret about his true identity--one that might scare Rowan away if he reveals it before she's ready...