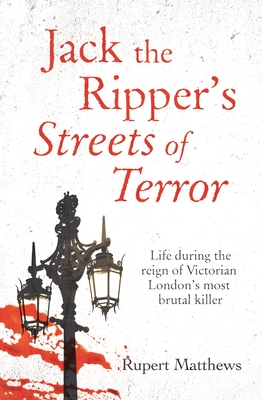 An exploration of the Jack the Ripper murders through the eyes of the Londoners who lived through it, including eye-witness accounts and inquest testimonies.

The shocking murders carried out by an unknown serial killer in London's East End in during the autumn of 1888 dominated the news and public imagination at the time and have continued to exert a baleful influence ever since. But what was it like to live through those terrifying weeks? No matter what precautions the locals took, the killings continued. Featuring eye-witness accounts, photographs and documents of the time, this book looks at the crimes of Jack the Ripper and their impact on the people of Victorian London. It follows the way the crimes affected the local population, the rumours that swept the streets, the alarms, the riots, the persecutions, the suspicions and the sheer naked terror of the awful autumn when Jack the Ripper stalked the streets. ABOUT THE SERIES The True Criminals series provides gripping expos's on some of the most twisted criminals the world has ever seen. Augmented by chilling photographs, this series provides snapshots into the minds of these villains and their deadly acts.

Rupert Matthews is a historian, public speaker, historical consultant and long-established writer with numerous books to his name, including Titanic: The Tragic Story of the Ill-Fated Ocean Liner and Hitler: Military Commander. His work has been translated into 28 languages. Rupert is married to Joanna and lives in Surrey.