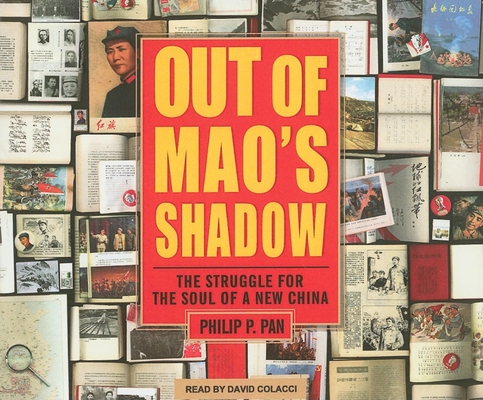 Prize-winning journalist Philip P. Pan offers an unprecedented inside look at the momentous battle underway for China's future. On one side is the entrenched party elite determined to preserve its authoritarian grip on power. On the other is a collection of lawyers, journalists, entrepreneurs, activists, hustlers, and dreamers striving to build a more tolerant, open, and democratic China. The outcome of this dramatic, hidden struggle will shape China's rise to superpower status-and determine how it affects the rest of the world. From factories in the rusting industrial northeast to a tabloid newsroom in the booming south, from a small-town courtroom to the plush offices of the nation's wealthiest tycoons, Pan speaks with men and women fighting and sacrificing for change. An elderly surgeon exposes the government's cover-up of the SARS epidemic. A filmmaker investigates the execution of a student in the Cultural Revolution. A blind man is jailed for leading a crusade against forced abortions carried out under the one-child policy. Out of Mao's Shadow offers a startling perspective on China and its remarkable transformation, challenging conventional wisdom about the political apathy of the Chinese people and the notion that prosperity leads automatically to freedom. Like David Remnick's Lenin's Tomb, this is the moving story of a nation in transition, of a people coming to terms with their past.

Philip P. Pan is the former Beijing bureau chief for the "Washington Post."

David Colacci has worked as a narrator for over fifteen years, during which time he has won "AudioFile" Earphones Awards, earned Audie nominations, and been included on Best of Year lists by such publications as "Publishers Weekly," "AudioFile" magazine, and "Library Journal."

"Pan's stirring reportage shows that, even in China, the individual can make a difference---at a price." ---Publishers Weekly Starred Review