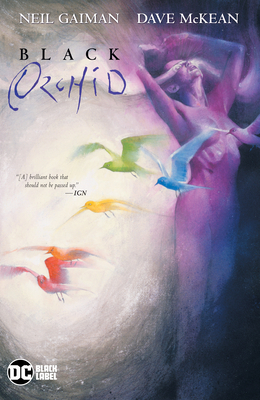 After being viciously murdered, Susan Linden is reborn fully grown as the Black Orchid, a hybrid of plant and human, destined to avenge her own death. Now, as this demigoddess attempts to reconcile human memory and botanical origins, she must untangle the webs of deception and secrets that led to her death. Beginning in the cold streets of a heartless metropolis and ending in the Amazon rainforest, this book takes the reader on a journey through secrets, suffering and self-rediscovery.

Neil Gaiman is the New York Times best selling author of The Graveyard Book and Coraline, the basis for the hit movie from director Henry Selick. His other books include The Graveyard Book, Anansi Boys, Neverwhere, American Gods and Stardust (winner of the American Library Association's Alex Awards as one of 2000's top novels for young adults) and the short collections M Is for Magic and Smoke and Mirrors. He is also the author of the children's books The Wolves in the Walls and The Day I Traded My Dad for Two Goldfish. Among his many awards are the Eisner, the Hugo, the Nebula, the World Fantasy and the Bram Stoker.

"[A] brilliant book that should not be passed up."—IGN