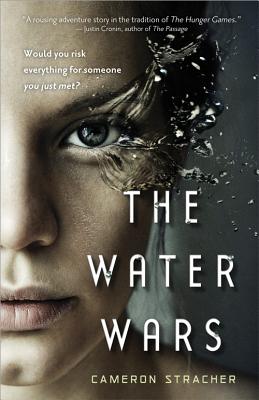 By Cameron Stracher
$10.99
Not Available In-Store - Usually Ships from Warehouse in 1-5 Days

Welcome to a future where water is more precious than oil or gold...

Hundreds of millions of people have already died, and millions more will soon fall-victims of disease, hunger, and dehydration. It is a time of drought and war. The rivers have dried up, the polar caps have melted, and drinkable water is now in the hands of the powerful few. There are fines for wasting it and prison sentences for exceeding the quotas.

But Kai didn't seem to care about any of this. He stood in the open road drinking water from a plastic cup, then spilled the remaining drops into the dirt. He didn't go to school, and he traveled with armed guards. Kai claimed he knew a secret-something the government is keeping from us...

And then he was gone. Vanished in the middle of the night. Was he kidnapped? Did he flee? Is he alive or dead? There are no clues, only questions. And no one can guess the lengths to which they will go to keep him silent. We have to find him-and the truth-before it is too late for all of us.