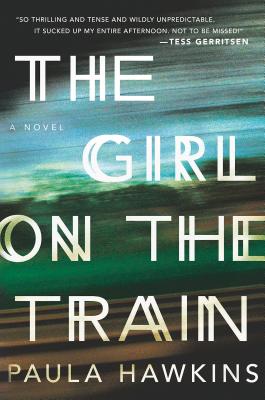 Take the psychological suspense of Gone Girl and add it to the dread of Strangers on a Train and you've got Girl on the Train! Hawkins' debut is poised to be one of the most talked about books of 2015 and with good reason: she's written a skilled thriller that we can all relate to (especially commuters!) All of us, at one time, have stared dully out of a moving vehicle, our gaze snagging on something and our imagination running wild. Rachel takes the same train every day, and every day she makes sure to look for the "perfect couple" that live in her old neighborhood. She thinks about them often, conjecturing that they live the kind of ideal life she dreamed about with her ex-husband. But then she sees something odd and is pulled into a murder case stranger than anything she could have imagined. I raced through the pages, eager to make it to the end, and I loved that I not only got Rachel's shaky point of view (I love a good unreliable narrator!), but that of the missing woman and her neighbor, the new wife of Rachel's ex. Pick this up for the great cover design and stay for the engrossing story!

“This is one of the most compelling thrillers I have read in years! With alternating perspectives ranging from the fantasies of a young woman who watches a couple from the window of her train commute every day, to the true story of the couple themselves, and a missing person case, the reader is plunged into a twisting, turning mystery of deception and misdirection. Rarely have there been so many shocking revelations in a single novel! Just when you believe you have a grasp on the entire mystery, Hawkins pulls the rug out from under you with yet another breathtaking plot revelation. An exceptional read!”
— William Carl, Books On The Square, Providence, RI