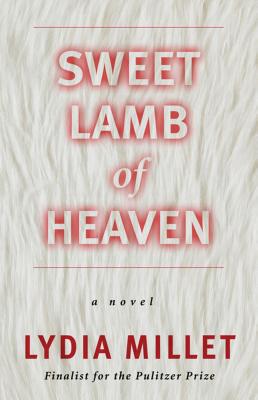 What do you do when you hear the voice of God and don’t believe? Lots of research and a good support group helps, and Anna has the best. She’s fled from her home in Alaska with her daughter to coastal Maine, trying to escape her increasingly sociopathic husband who’s just launched a campaign for political office. Hiding out in a cheap motel, she’s beginning to realize it wasn’t such happenstance that brought her there like she thought. Like the other guests, it seems as if she was drawn here by something. Was it that voice? And if it’s not God, then what is it? Not to be confused with a hokey spiritual romp, this thriller is haunted with a sense of the apocalyptic that will keep you flipping pages until it’s over.

Lydia Millet's chilling new novel is the first-person account of a young mother, Anna, escaping her cold and unfaithful husband, a businessman who's just launched his first campaign for political office. When Ned chases Anna and their six-year-old daughter from Alaska to Maine, the two go into hiding in a run-down motel on the coast. But the longer they stay, the less the guests in the dingy motel look like typical tourists and the less Ned resembles a typical candidate. As his pursuit of Anna and their child moves from threatening to criminal, Ned begins to alter his wife's world in ways she never could have imagined.

A double-edged and satisfying story with a strong female protagonist, a thrilling plot, and a creeping sense of the apocalyptic, Sweet Lamb of Heaven builds to a shattering ending with profound implications for its characters and for all of us.