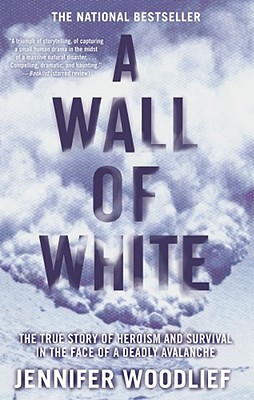 This "mesmerizing tale of human courage and heroism" (Nando Parrado, author of Miracle in the Andes) follows the astonishing ordeal of survival during an avalanche in California. In 1982, at the Alpine Meadows ski resort near Lake Tahoe, an unforeseeable confluence of natural events created the conditions for an unimaginable disaster. Millions of tons of snow flowed into the ski area and parking lot beyond, engulfing unsuspecting vacationers out for a walk as well as resort employees working in spite of the danger, killing seven and leaving one victim buried alive under the snow. At the center of this wrenching tale of human versus nature is ski patrolman Larry Heywood and his team, who heroically searched for a young woman trapped for five days underneath the suffocating snow--a tale of survival that is itself an exploration of the capacity of courage. A Wall of White is the quintessential American story--a testament to the unwavering dedication of a band of rebel rescuers, driven only by a commitment to saving lives, battling not just extreme conditions but seemingly impossible odds.

Jennifer Woodlief is a former reporter for Sports Illustrated. Her first book Ski to Die: The Bill Johnson Story (2005) was optioned by Warner Brothers with Matthew McConaughey to play Bill. A graduate of Stanford University and UCLA School of Law, her past jobs included prosecuting first-degree murder cases as a district attorney and working as a case officer with top secret clearance for the CIA.

"Whenever you are faced by something that seems impossible to conquer, remember A Wall of White. It's a mesmerizing tale of human courage and heroism. Having been buried by an avalanche, I can confirm that this story will be unforgettable to readers -- adventurers and couch adventurers alike. Read it, be inspired, and keep on looking ahead!" -- Nando Parrado, bestselling author of Miracle in the Andes

"Fiercely compelling and at times heartbreaking, Jennifer Woodlief's A Wall of White builds with the power of an oncoming avalanche until the last, and final, redeeming moment. A powerhouse inside-look at mountain rescuers' lives, A Wall of White deserves to fit on bookshelves alongside Jon Krakauer's Into Thin Air and Sebastian Junger's A Perfect Storm. Required reading for adventure fans." -- Wayne Johnson, author of White Heat: The Extreme Skiing Life

"A mesmerizing tale of human courage and heroism." -- Nando Parrado, bestselling author of Miracle in the Andes