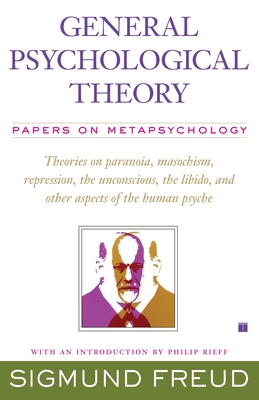 
In fifteen essays, sigmund freud explains his most controversial theories exposing the darkest corners of the human psyche.

Best known for his research into the unconscious mind, Sigmund Freud challenged the mores of conventional American society during the early twentieth century. This collection presents many of Freud's revolutionary ideas, showing how his theories changed the way people think about their emotions and actions, opening a rich dialogue about the methods and science of the brain.

In a series of essays written between 1911 and 1938, readers follow Freud through clear explanations of how neurology and psychology influence our actions and govern personality traits and emotions, including the libido, narcissism, mourning, repression, dreams, paranoia, and melancholy.

This volume illustrates how Freud was not afraid to venture into unknown areas of the human mind and that he was superbly equipped to expose its secrets. Exploring the hypotheses of the most controversial psychologist of the twentieth century, in his own words, may help us understand our own behaviors.

Sigmund Freud (1856-1939) was an Austrian neurologist and psychologist who founded the psychoanalytic school of psychology. Although his theories remain controversial until this day, Freud made a lasting impact on Western culture.