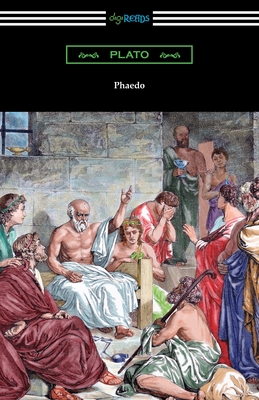 A classic work of ancient Greek literature from Plato, one of the most famous of all ancient Greek philosophers, the "Phaedo" is the moving story of the last moments of Socrates life as recounted by Phaedo, a student of Socrates and a first-hand witness to his final hours. "Phaedo" is the fourth and last dialogue by Plato of Socrates final days, following "Euthyphro", "Apology", and "Crito". In "Phaedo" we see the famous philosopher in his last hours before drinking poison hemlock, as he has been sentenced to do by an Athenian jury for his refusal to believe in the gods of the state and for corrupting the youth with his ideas. Socrates explains to the students there to witness his death that his suicide does not matter because his soul is immortal. In support of his belief, Socrates introduces many of the themes and dualities that have come to define Western culture and philosophy: life and death, soul and body, reason and emotion, science and belief. Here in this masterpiece of ancient Greek literature, two of history's greatest philosophers are brought together, one as the subject and the other as the author. Presented here is the classic translation with introduction by Benjamin Jowett in an edition printed on premium acid-free paper.