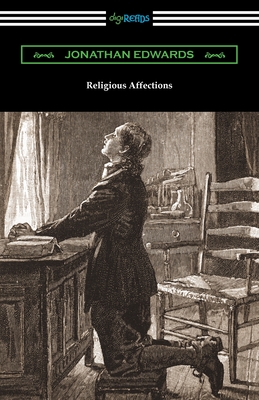 Written in 1746, "Religious Affections" is the widely influential work by Jonathan Edwards, one of America's most important religious leaders and theologians. Edwards was a significant force in the rise of religious devotion in the United States in the 1730s known as the First Great Awakening and became a popular American revivalist preacher. His "Sinners in the Hands of an Angry God" is one of the most famous sermons ever given and remains a widely read classic of American literature. In "Religious Affections", Edwards examines how a true conversion to Christianity occurs and sets out in detail how to test if one is converted in earnest. Edwards argues that while both emotion and intellect are involved when a person converts, it is the grace of Christ that allows one to truly awaken to the Christian faith. The "Religious Affections" referenced in the title are described by Edwards as the fruit of the Spirit and it is from these fruits, with love being the chief among them, that all other Christian graces and virtues grow. Edwards' powerful treatise remains an essential and informative read for all divinity students and devout Christians seeking a better understanding of their faith. This edition is printed on premium acid-free paper.