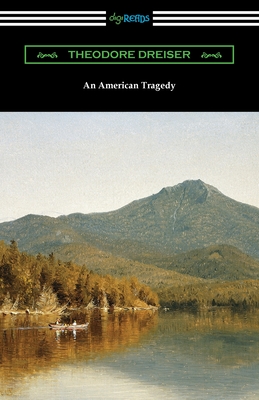 By Theodore Dreiser
$19.99
Not Available In-Store - Usually Ships from Warehouse in 1-5 Days

First published in 1925, Theodore Dreiser's "An American Tragedy" is widely considered to be one of the best American novels of the twentieth-century. It is the classic tragedy that follows the rise and fall of its central character, the social climbing and self-absorbed Clyde Griffiths. Clyde, raised by very poor and devout parents, has always dreamed of being and having more. He quickly falls under the spell of his richer and wilder co-workers at the prestigious hotel in Kansas City where he works as a bellhop and he is willing to do terrible things to be a part of their world. Clyde's sense of moral responsibility and decency begin to fade as he flees the scene of a senseless crime and his poor choices continue to follow him into the new life he tries to create for himself in New York. Soon he is caught up in a love triangle and his callousness and impulsiveness lead him to decisions with tragic and far reaching consequences. "An American Tragedy" is an absorbing and impressively detailed character study and a masterful exposition on the destructive powers of ambition, greed, and economic inequality. This edition is printed on premium acid-free paper.