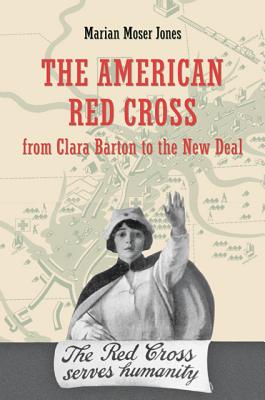 The American Red Cross is an iconic institution whose long history includes both controversy and achievement.

In dark skirts and bloodied boots, Clara Barton fearlessly ventured on to Civil War battlefields to tend to wounded soldiers. She later worked with civilians in Europe during the Franco-Prussian War, lobbied legislators to ratify the Geneva conventions, and founded and ran the American Red Cross. The American Red Cross from Clara Barton to the New Deal tells the story of the charitable organization from its start in 1881, through its humanitarian aid during wars, natural disasters, and the Depression, to its relief efforts of the 1930s.

Marian Moser Jones illustrates the tension between the organization's founding principles of humanity and neutrality and the political, economic, and moral pressures that sometimes caused it to favor one group at the expense of another.

This expansive book narrates the stories of:

- U.S. natural disasters such as the Jacksonville yellow fever epidemic of 1888, the Sea Islands hurricane of 1893, and the 1906 San Francisco earthquake
- crises abroad, including the 1892 Russian famine and the Armenian massacres of 1895-96
- efforts to help civilians affected by the civil war in Cuba
- power struggles within the American Red Cross leadership and subsequent alliances with the American government
- the organization's expansion during World War I
- race riots in East St. Louis, Chicago, and Tulsa between 1917 and 1921
- help for African American and white Southerners after the Mississippi flood of 1927
- relief projects during the Dust Bowl and after the New Deal

An epilogue relates the history of the American Red Cross since the beginning of World War II and illuminates the organization's current practices as well as its international reputation.

Marian Moser Jones is an assistant professor of family science at the University of Maryland School of Public Health. She is a former DeWitt Stetten Fellow at the National Institutes of Health, Office of History.