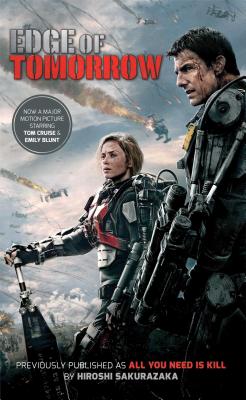 By Hiroshi Sakurazaka
Email or call for price
Hard to Find

When the alien Mimics invade, Keiji Kiriya is just one of many recruits shoved into a suit of battle armor called a Jacket and sent out to kill. Keiji dies on the battlefield, only to be reborn each morning to fight and die again and again. On his 158th iteration, he gets a message from a mysterious ally--the female soldier known as the Full Metal Bitch. Is she the key to Keiji's escape or his final death? Now a major motion picture starring Tom Cruise Previously published and available digitally as All You Need Is Kill.
My Account • Sign In • Sign Out • Register
NEW & USED BOOKS
AUTHOR EVENTS • GIFTS
Tempe
6428 South McClintock Drive
480.730.0205
[Google Map]
10am-7pm daily