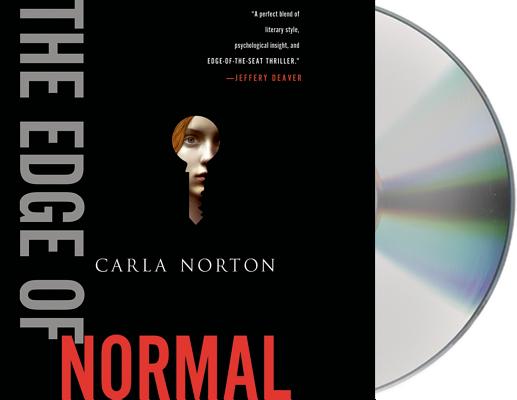 This is book number 1 in the Reeve LeClaire Series series.

''Norton has given us living, breathing characters that we know and understand . . . and who inhabit our imaginations after we've finished this book." —Jeffery Deaver
In many ways, Reeve LeClaire looks like a typical twenty-two year old girl. She's finally landed her own apartment, she waitresses to pay the bills, and she wishes she wasn't so nervous around new people. She thinks of herself as agile, not skittish. As serious, not grim. But Reeve is anything but normal.

Ten years ago, she was kidnapped and held captive. After a lucky escape, she's spent the last six years trying to rebuild her life, a recovery thanks in large part to her indispensable therapist Dr. Ezra Lerner. But when he asks her to help another girl rescued from a similar situation, Reeve realizes she may not simply need to mentor this young victim—she may be the only one who can protect her from a cunning predator who is still out there, watching every move.

From the author of the #1 non-fiction bestseller Perfect Victim: The True Story of the Girl in the Box comes a novel that draws you into a chilling and engrossing world. With powerfully gripping characters and an ending that is a masterpiece of deception, Carla Norton's The Edge of Normal is a stunning debut thriller.

Christina Delaine is a successful audio book narrator who has voiced the works of several New York Times bestsellers such as Chelsea Cain and Erica Spindler. She won AudioFile Earphones Awards for her readings of Susan Wilson’s The Dog Who Danced and Chelsea Cain’s Kill You Twice.

Onstage, she has performed at The Public Theater, Trinity Repertory Company, Actors Theater of Louisville, Ensemble Studio Theater and Peterborough Players. Notably, she has also acted in JEWTOPIA, the longest running comedy in off-Broadway history and the title role in ANTIGONE at both Portland Center Stage and Kentucky Repertory Theater.

“Delaine does an outstanding job finding unique voices for the many characters. Her deliberate narration style heightens the suspense.” —AudioFile Magazine

“Norton skillfully develops her tricky subject, gradually shifting from an emphasis on its tabloid aspects to a close identification with the victim/heroine in a story of justice served by the one who deserves it most.” —Kirkus Reviews

“This novel is brilliant. A perfect blend of literary style, psychological insight and edge-of-the-seat thriller. From journalist Poe to protagonist Reeve--and a particularly horrific incarnation of evil along the way--Norton has given us living, breathing characters that we know and understand . . . and who inhabit our imaginations after we've finished this book.” —Jeffery Deaver

“The Edge of Normal is a heart-pounding thrill ride that had me holding my breath to the very end. With a compelling, tough-as-nails heroine and a truly terrifying villain, this is a book you won't soon forget.” —Chevy Stevens