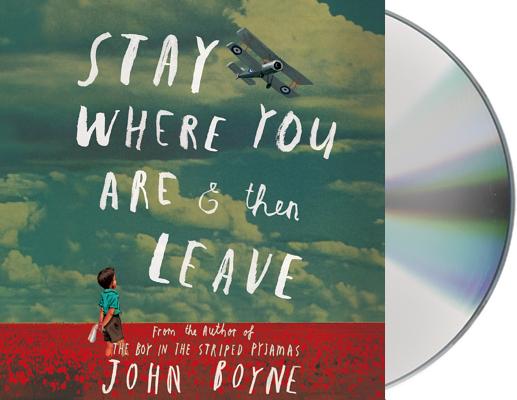 The day the First World War broke out, Alfie Summerfield's father promised he wouldn't go away to fight—but he broke that promise the following day. Four years later, Alfie doesn't know where his father might be, other than that he's away on a special, secret mission. Then, while shining shoes at King's Cross Station, Alfie unexpectedly sees his father's name on a sheaf of papers belonging to a military doctor. Bewildered and confused, Alfie realizes his father is in a hospital close by—a hospital treating soldiers with shell shock. Alfie isn't sure what shell shock is, but he is determined to rescue his father from this strange, unnerving place. . . . in John Boyne's Stay Where You Are and Then Leave.

“Deeply affecting. . . beautiful and sparsely written.” —The Wall Street Journal on The Boy in the Striped Pajamas

“A small wonder of a book . . . this is what fiction is supposed to do.” —The Guardian on The Boy in the Striped Pajamas

“Powerful and unsettling . . . as memorable an introduction to the subject as The Diary of Anne Frank.” —USA Today on The Boy in the Striped Pajamas