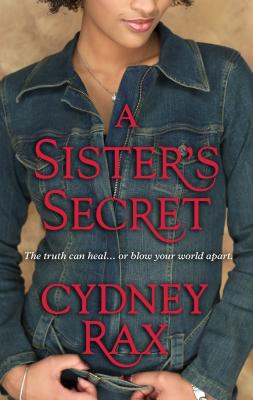 Since their beloved mother's death, five sisters agree to meet on the regular to keep it real. Under the guidance of savvy and decisive sister Burgundy, the sister everyone envies, they have bi-monthly "Sister Days" to bond, to receive a challenging "assignment," and to cope with their many differences. Until the sisters' most challenging assignment: tell the truth. Now secrets they never saw coming will challenge them and everything they counted on.

CYDNEY RAX became obsessed with becoming a writer after reading Terry McMillan's Disappearing Acts. Her author dreams were realized through her eyebrow-raising debut novel, My Daughter's Boyfriend. Her novels include My Husband's Girlfriend, Scandalous Betrayal, Brothers & Wives, and My Sister's Ex (cited by Essence(R) as one of 2009's best reads). She has also contributed to the anthologies Crush and Reckless. Born and raised in Detroit, Cydney graduated from Cass Technical High School and earned an undergraduate degree from Eastern Michigan University. She resides in Houston. Visit her online via Facebook, www.cydneyrax.com, or email her at booksbycyd@aol.com.