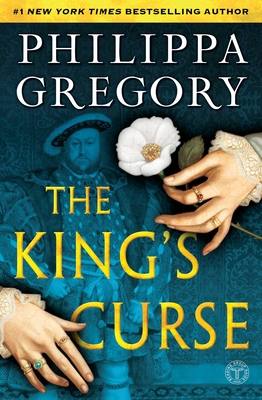 From the #1 New York Times bestselling author behind the acclaimed Starz series The White Queen comes the story of lady-in-waiting Margaret Pole and her unique view of King Henry VIII’s stratospheric rise to power in Tudor England.

As an heir to the Plantagenets, Margaret is seen by the King’s mother, the Red Queen, as a rival to the Tudor claim to the throne. She is buried in marriage to a Tudor supporter—Sir Richard Pole, governor of Wales—and becomes guardian to Arthur, the young Prince of Wales, and his beautiful bride, Katherine of Aragon.

But Margaret’s destiny, as cousin to the White Princess, is not for a life in the shadows. Tragedy throws her into poverty, yet a royal death restores her to her place at young Henry VIII’s court where she becomes chief lady-in-waiting to Queen Katherine. There she watches the dominance of the Spanish queen over her husband and her tragic decline.

Amid the rapid deterioration of the Tudor court, Margaret must choose whether her allegiance is to the increasingly tyrannical Henry VIII or to her beloved queen. Caught between the old and the new, Margaret must find her own way, concealing her knowledge that an old curse cast upon all the Tudors is slowly coming true...

“Gregory’s fans will recognize Margaret from ‘The White Princess,’ but the character comes into her own in ‘The King’s Curse’ as a multifaceted, ultimately sympathetic character. . . . The book . . . moves smoothly toward its harrowing finish. It is one of Gregory’s best efforts yet.”
— Roanoke Times

“The book’s greatest strength is its first-hand, fascinating yet horrifying view of Henry VIII’s transition from handsome young prince to monstrous tyrant. . . . Gregory takes us beyond the seductive trappings of historical detail and makes us feel the terror of what living through that turbulent period might have been like.”—Miami Herald

“Without a doubt, Gregory has made another powerful addition to the genre (so much so that I hesitate to even call it historical fiction). This historian’s extensive knowledge of the English monarchy truly brings this famous story to life.”—The Sun-News (Myrtle Beach)

“An excellent addition to the Tudor royalty genre, not only for its unique perspective, but also the easy flow of the narrative and the intriguing complexities of characters’ personalities.”—Historical Novel Society

“[A] gripping and detailed chronicle, with plenty of court intrigue and politics to spice up the action . . . . Highly recommended.” —Library Journal (starred review)

"Gregory manages to keep us in suspense as to what will befall her characters....Under [her] spell, we keep hoping history won't repeat itself.”
— Kirkus Reviews

"An illuminating portrait. . . Gregory moves confidently through a tangle of intrigue, revenge, and tyranny toward a shocking betrayal."
— Publishers Weekly

"Loyalties are torn, paranoia festers and you can almost hear the bray of royal trumpets as the period springs to life. It’s a bloody irresistible read."
— People Magazine, on The White Princess

“This rich tapestry brings to vivid life the court of Henry and Elizabeth. Meticulously drawn characters with a seamless blending of historical fact and fiction combine in a page-turning epic of a story. Tudor-fiction fans can never get enough, and they will snap this one up.”
— Library Journal (starred review), on The White Princess

“There's no question that she is the best at what she does.”
— Associated Press

“If only grade-school history books were written so vividly.”
— Entertainment Weekly

“In thoroughly researched, wonderfully realized settings, she can make a period come alive.”
— The Boston Globe

“Margaret’s story is shocking, deeply moving and offers an alternative view on a much-told tale. Gregory is on form here; her depiction of Henry VIII’s transformation from indulged golden boy to sinister tyrant is perfectly pitched and seems more horrific still when we are made intimate witnesses to the devastation of Margaret’s family. . . . I defy anyone to remain dry-eyed as the story reaches its tragic denouement.”—The Sunday Express (UK)

“Infuses vitality into an oft-forgotten player in the aftermath of the War of the Roses—Margaret Poole, heiress to the defeated Plantagenet clan.”—Closer