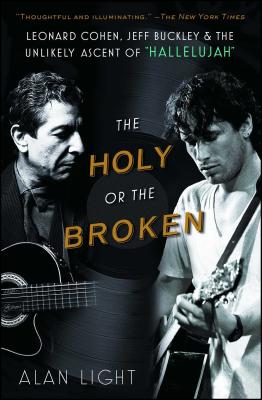 This “thoughtful and illuminating” (The New York Times) work of music journalism is an unforgettable, fascinating, and unexpected account of one of the most performed and beloved songs in pop history—Leonard Cohen’s heartrending “Hallelujah.”

How did one obscure song become an international anthem for human triumph and tragedy, a song each successive generation seems to feel they have discovered and claimed as uniquely their own? Celebrated music journalist Alan Light follows the improbable journey of “Hallelujah” straight to the heart of popular culture.

Alan Light is one of America’s leading music journalists and is the cohost of the daily music talk show Debatable on SiriusXM. He was a senior writer at Rolling Stone, founding music editor and editor-in-chief of Vibe, and editor-in-chief of Spin. He is a frequent contributor to The New York Times, The Wall Street Journal, and Esquire, among other publications. Alan is the author of Let’s Go Crazy: Prince and the Making of Purple Rain; biographies of Johnny Cash, Nina Simone, and the Beastie Boys; and was the cowriter of New York Times bestselling memoirs by Gregg Allman and Peter Frampton.

"Thoughtful and illuminating... [Mr. Light] is a fine companion for this journey through one song’s changing fortunes."
— The New York Times

"A combination mystery tale, detective story, pop critique and sacred psalm of its own."
— The Daily News

"Keeps the pages turning... A well-constructed, consistently enlightening book, which should have Cohen devotees and music fans alike seeking out their favorite version of the song."
— The Boston Globe

"Reverentially details every stage in the [song's] evolution—and along the way, he reveals the compelling stories behind some of its most iconic interpretations."
— The Atlantic

"A must for music fans."
— Booklist (starred review)