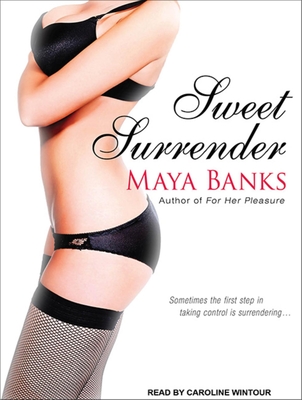 By Maya Banks, Caroline Wintour (Narrated by)
$39.99
Email or call for price.

This is book number 1 in the Sweet series.

Dallas cop Gray Montgomery is on a mission: find the guy who killed his partner and bring him to justice. So far, he's found a link between the killer and Faith-and if Gray has to get close to her to catch the killer, so be it.Faith is sweet and feminine, everything Gray wants and desires in a woman, but he suspects she's playing games. No way would she allow a man to call the shots in their relationship. Or would she?Faith sees in Gray the strong, dominant man she needs, but he seems determined to keep her at a distance. So she takes matters into her own hands to prove to him it's no game she's playing. She's willing to surrender to the right man. Gray would like to be that man. But catching his partner's killer has to be his first priority-until Faith is threatened and Gray realizes he will do anything to protect her...