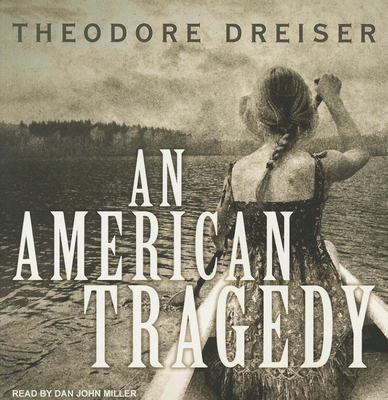 By Theodore Dreiser, Dan Miller (Narrated by)
Email or call for price
Out of Print

An American Tragedy is the story of Clyde Griffiths, who spends his life in the desperate pursuit of success. On a deeper, more profound level, it is the masterful portrayal of the society whose values both shape Clyde's ambitions and seal his fate; it is an unsurpassed depiction of the harsh realities of American life and of the dark side of the American dream. Extraordinary in scope and power, vivid in its sense of wholesale human waste, unceasing in its rich compassion, An American Tragedy stands as Theodore Dreiser's supreme achievement. First published in 1925 and based on an actual criminal case, An American Tragedy was the inspiration for the 1951 film A Place in the Sun, which won six Academy Awards and starred Elizabeth Taylor and Montgomery Clift.

Theodore Dreiser (1871-1945) was an American author and an outstanding representative of naturalism, whose novels depict real-life subjects in a harsh light. Dreiser's novels, particularly "Sister Carrie," were held to be amoral, and he battled throughout his career against censorship and popular taste.