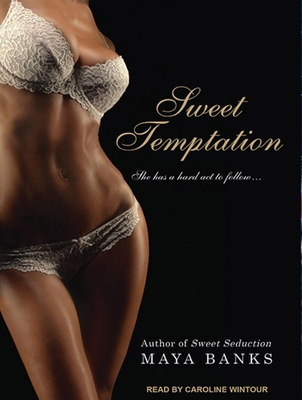 By Maya Banks, Caroline Wintour (Narrated by)
Email or call for price
Hard to Find

This is book number 4 in the Sweet (Tantor Audio) series.

Micah Hudson has painful secrets he's run hard from. He has new friends, a new life, but he's about to be confronted with the one person who reminds him of all he's tried to forget-Angelina, the sister of his oldest friend David. She knows everything about his past, including how he and David fell in love with the same woman, and how they decided the best way to prevent her from tearing them apart was to share her between them. But then a terrible accident left Micah alone... Micah lost the two people who meant the most in the world to him. Angelina lost her only family. And she kept her deepest secret close to her heart. Her love for Micah. No longer willing to wait, she decides it's time to go after him and bring him to his knees. She knows his secrets, his desires, his kinks and fetishes, and she'll use whatever it takes to reel him in. Behind the easygoing, loves-women exterior lies a man with dark needs and passions. She can give him what he wants. But will he decide she's what he needs?

"Banks continues her Sweet series with a book that can stand alone but brings back earlier characters." ---Romantic Times