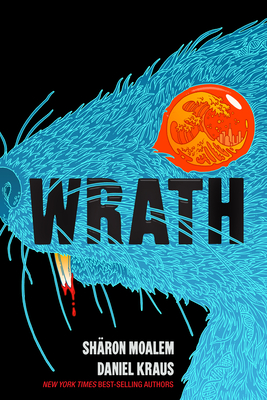 New York Times bestselling coauthors Sh ron Moalem and Daniel Kraus's terrifying sci-fi horror thriller takes place in a future that is much nearer than you think. It is a world where scientific experimentation is exploited for commercial profit and under-supervised cutting-edge technology creates a menace that threatens the very fabric of our existence.

Wrath is the story of Sammy, a lab rat instilled with human genes whose supersized intelligence helps him to engineer his escape into the world outside the lab: a world vastly ill-equipped to deal with the menace he represents. Modified through advances that have boosted his awareness of humankind's cruelty in the name of science, Sammy has the potential to sire a rodent army capable of viciously overwhelming the human race. The key to Sammy's capture and humanity's salvation may be ten-year-old Dallas Underhill, whom Sammy adopts. But while Dallas and Sammy bond, time is running out for humankind: once Sammy sires his progeny, the exponential proliferation of his kind could spell the end of the world. For fans of dystopian works such as Jeff VanderMeer's Southern Reach Trilogy and Emily St. John Mandel's Station Eleven, and readers of Neal Stephenson, Michael Crichton, and Blake Crouch. This heart-pounding, science-based thriller takes place in a possibly all-too-soonreality where the hazards and consequences.
Hardcover with dust jacket; 320 pages; 9 in H by 6 in W.

Sharon Moalem MD, PhD, is an award-winning scientist, physician, and New York Times bestselling author of The Better Half: On the Genetic Superiority of Women, Survival of the Sickest, and numerous other works. He cofounded three biotechnology companies, and his clinical genetics research has led to the discovery of two new rare genetic conditions. He has also been awarded more than 45 patents worldwide for his inventions in human health and biotechnology. Daniel Kraus is a New York Times-bestselling author. His recent collaboration with legendary filmmaker George A. Romero, The Living Dead, was acclaimed by the New York Times and Washington Post. With Guillermo del Toro, he co-authored Trollhunters (the basis for the Emmy-winning Netflix series) and The Shape of Water, based on the same idea Kraus and del Toro created for the Oscar-winning film. Kraus's The Death and Life of ZebulonFinch was named one of Entertainment Weekly's Top 10 Books of the Year.