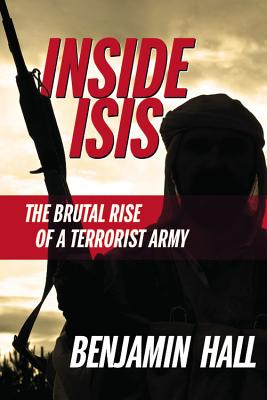 A year ago, few people had heard of ISIS-- today, they are a major terrorist threat.
Despite numerous warnings from intelligence services, ISIS's rise to power has left countries around the world floundering for solutions. Today, we face a threat that is more violent, powerful and financially stronger than ever before. In this book, Journalist Benjamin Hall will provide insights by answering the basic questions we still don't have the answers to; Who are they? Where did they come from? How are they so successful, so quickly? How can they be stopped?

By embedding himself behind enemy lines, Hall provides a riveting narrative based on firsthand experience and personal interviews. He goes beyond the vicious jihadis, to reveal a generation of chaos, and uncover a volatile region engulfed in turmoil. Hall reveals why ISIS is a problem that will define the Middle East - and the West - for decades to come.

BENJAMIN HALL is a freelance journalist who has covered Middle Eastern conflicts since 2006. He has written for the New York Times, The Sunday Times of London, Fox News, the BBC, The Independent and many others, often embedding with forces on the frontlines.