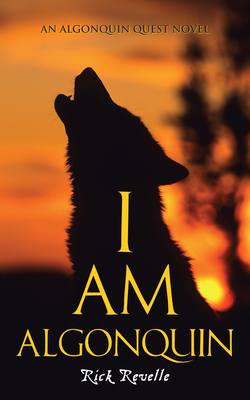 This is book number 1 in the Algonguin Quest Novel series.

An exciting journey seen through the eyes of the Algonquin people.

This book paints a vivid picture of the original peoples of North America before the arrival of Europeans. The novel follows the story of Mahingan and his family as they live the traditional Algonquin way of life in what is now Ontario in the early fourteenth century. Along the way we learn about the search for moose and the dramatic rare woodland buffalo hunt, conflicts with other Native nations, and the dangers of wolves and wolverines. We also witness the violent game of lacrosse, the terror of a forest fire, and the rituals that allow Algonquin boys to be declared full-grown men.

But warfare is also part of their lives, and signs point to a defining conflict between Mahingan's nation, its allies the Om miwinini (Algonquin), Ouendat (Huron), and the Nippissing against the Haudenosaunee (Iroquois). The battle's aftermath may open the door to future journeys by Mahingan and his followers.

Rick Revelle was born in Smiths Falls, Ontario, and raised in the Odessa and Wilton areas. He is part of the Loyalist Township Sports Hall of Fame for softball and holds a black belt in Judo. He is a member of the Ardoch Algonquin First Nation and lives in Glenburnie, Ontario.