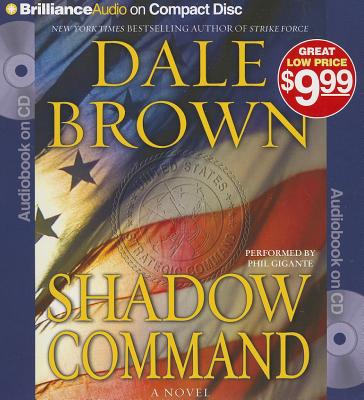 This is book number 14 in the Patrick McLanahan series.

General Patrick McLanahan's new Aerospace Battle Force has grown into a full-fledged task force based on the Armstrong Space Station. Providing almost instant access to space and every corner of the globe using the Black Stallion spaceplanes, the ABF's powerful network of satellites and unmanned aircraft controlled from space can not only attack any target anywhere on the planet within hours but can even invade any computer network as easily as making a phone call. But the program has its critics and doomsayers, including Russia, the United Nations, and the American press. Wealthy, Western-educated, and sophisticated Russian president Leonid Zevitin uses a combination of top-secret anti-spacecraft weaponry, fearmongering, and new U.S. president Joseph Gardner's own egotism in an effective plan to eliminate all support for the space program. Gardner and his allies in Congress and the Pentagon will stop at nothing - even destroying one of their own - to get what they want. Yet McLanahan and his forces refuse to allow the Russian aggression to stand. McLanahan ignores directives from the White House and Pentagon to stand down and orders the ABF to attack secret Russian bases in Iran. President Gardner orders McLanahan's immediate arrest. But before authorities can throw him in jail, they have to figure out how to retrieve him from the space base orbiting the earth. Currently in control of the Aerospace Battle Force from Armstrong Space Station, McLanahan closely watches Russia's movement of weaponry while defending himself against the President's attempts to discredit him. In a race against time, McLanahan must outmaneuver his own countrymen, defeat the Russians, and expose the truth...or die trying.
My Account • Sign In • Sign Out • Register
NEW & USED BOOKS
AUTHOR EVENTS • GIFTS
Tempe
6428 South McClintock Drive
480.730.0205
[Google Map]
Sunday-Friday 10am-8pm
Saturday 9am-8pm
Trade Counter 11am-6pm daily