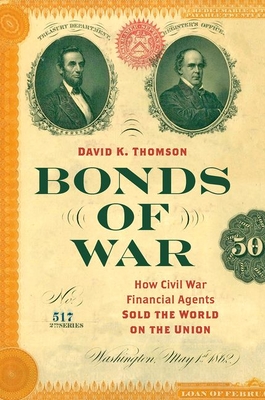 How does one package and sell confidence in the stability of a nation riven by civil strife? This was the question that loomed before the Philadelphia financial house of Jay Cooke & Company,&8239;entrusted&8239;by the US government with an unprecedented sale of bonds to finance the Union war effort in the early days of the American Civil War.&8239;How the government and its agents marketed these bonds revealed a version of the war the public was willing to buy and buy into, based not just in the full faith and credit of the United States but also in the success of its armies and its long-term vision for open markets. From Maine to California, and in foreign halls of power and economic influence,&8239;thousands of agents were deployed to&8239;sell&8239;a clear message: Union victory was unleashing the American economy itself.

This fascinating work of&8239;financial and political history&8239;during&8239;the Civil War&8239;era&8239;shows&8239;how the marketing and sale of bonds crossed the Atlantic to Europe and beyond, helping ensure foreign countries' vested interest in the Union's success. Indeed, David K. Thomson demonstrates how Europe, and ultimately all corners of the globe, grew deeply interdependent on American finance during, and in the immediate aftermath of, the American Civil War.&8239;