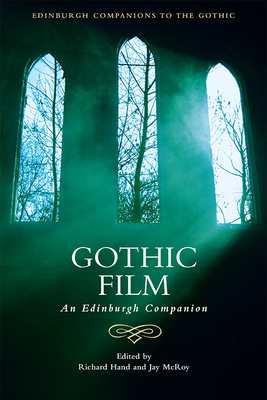 Explores Gothic and horror film from early cinema to the present

This anthology explores the resilience and ubiquity of the Gothic in cinema from its earliest days to its most contemporary iterations. Fifteen newly commissioned chapters by prominent scholars in the field of Gothic and cinema studies examine the myriad ways that filmmakers mobilise Gothic conceits across multiple film genres and in conjunction with several significant film styles. In the process, the book contributes exciting new readings of canonical works of Gothic cinema as well as important new critical examinations of emerging horror subgenres.

Richard J. Hand is Professor of Media Practice at the University of East Anglia, UK. He is the author of numerous studies of popular horror culture He is the founding co-editor of the Journal of Adaptation in Film and Performance, and his interests include adaptation, translation, and interdisciplinarity in performance media (with a particular interest in historical forms of popular culture, especially horror) using critical and practical research methodologies. Jay McRoy is Professor of English and Cinema Studies at the University of Wisconsin - Parkside. He is the author of Nightmare Japan: Contemporary Japanese Horror Cinema (Rodopi, 2008), the editor of Japanese Horror Cinema (Edinburgh University Press, 2005), and the co-editor (with Richard J. Hand) of Monstrous Adaptations: Generic and Thematic Mutations in Horror Film (Manchester University Press, 2007).