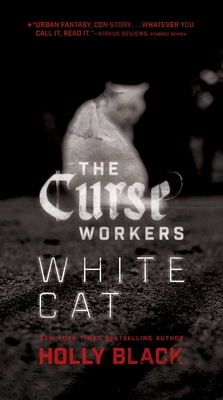 This is book number 1 in the The Curse Workers series.

Cassel comes from a family of con artists and grifters, all of them curse workers but him. On top of that, Cassel is plagued by guilt that he killed his best friend, Lila, years ago.

When Cassel begins to have strange dreams about a white cat and people around him are losing their memories, he starts to wonder what really happened to Lila, and what that means about his actions. In Cassel’s search for answers about Lila and himself, he realizes that his brothers have been conning him for years, and that the final piece in their quest for power is about to fall into place. Cassel has other ideas. He’s going to create an even more elaborate trap and, with Lila’s help, con a bunch of magic using conmen.

This “beautifully realized dark fantasy...with prose that moves from stark simplicity to almost surreal intensity in a moment” (Publishers Weekly, starred review) is rife with the unexpected. “Readers will be hooked” (Booklist) on White Cat.

Holly Black is the #1 New York Times bestselling and award-winning author of speculative and fantasy novels, short stories, and comics. She has been a finalist for an Eisner and a Lodestar Award, and the recipient of the Mythopoeic and Nebula Awards and a Newbery Honor. She has sold over twenty-six million books worldwide, and her work has been translated into over thirty languages and adapted for film. She currently lives in New England with her husband and son in a house with a secret library. Visit her at BlackHolly.com.