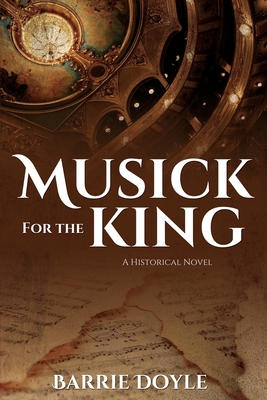 Staring debtor's prison in the eye, George Frederik Handel is depressed and suffering from various illnesses. Faced with crushing verbal, intellectual, financial, and even physical opposition, he can go no longer. Adding to his woes, he's a pawn in the vicious political and cultural dispute between King George II and his son Frederick, Prince of Wales.

Two encounters change everything--and alter music forever. Rejuvenated by a strange, revolutionary text for an oratorio and an invitation to Dublin, Handel throws himself into the new work, Messiah, completing it in only twenty-four days.

Vicious opponents still seek to destroy him and drive him out. Some in the church even rise to prevent Messiah from seeing the light of day, objecting to his decisions to hire a disgraced singer and perform in a secular location with secular performers.

These struggles to present Messiah mirror his own internal battles to understand, and eventually, revolutionize, his own beliefs. Through it all, Handel realizes that the music and the story it portrays is bigger than him, bigger than any performance, bigger even than the King.

This novel showcases a superb sweep through the creation of the magnificent Messiah and the fascinating characters, real and fictional, who influenced the story.