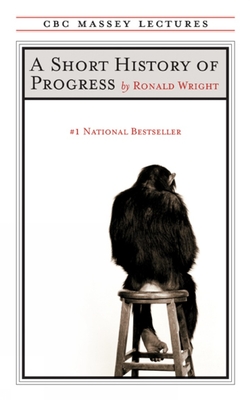 Now more relevant than ever, Ronald Wright's #1 national bestseller, A Short History of Progress. The fifteenth anniversary edition includes a new introduction warning of the accelerating patterns of progress and disaster.

Each time history repeats itself, so it's said, the price goes up. The twentieth century was a time of runaway growth in human population, consumption, and technology, placing a colossal load on all natural systems, especially earth, air, and water -- the very elements of life. The most urgent questions of the twenty-first century are: Where will this growth lead? Can it be consolidated or sustained? And what kind of world is our present bequeathing to our future?

In his #1 national bestseller A Short History of Progress Ronald Wright argues that our modern predicament is as old as civilization, a 10,000-year experiment we have participated in but seldom controlled. Only by understanding the patterns of triumph and disaster that humanity has repeated around the world since the Stone Age can we recognize the experiment's inherent dangers, and, with luck and wisdom, shape its outcome. In his new introduction to the fifteenth anniversary edition, Wright looks at the past fifteen years of human innovation -- and asks whether we can still get the future right.