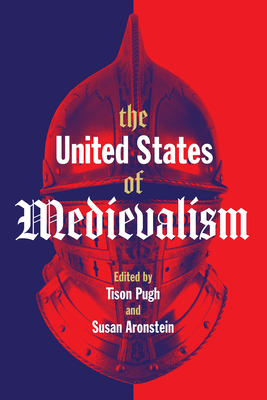 The United States of Medievalism contemplates the desires, dreams, and contradictions inherent in experiencing the Middle Ages in a nation that is so temporally, spatially, and at times politically removed from them. The European Middle Ages have long influenced the national landscape of the United States through the medieval sites that permeate its self-announced republican landscapes and cities. Today, American-built medievalisms continue to shape the nation's communities, collapsing the binaries between past and present, medieval and modern, European and American.

The volume's chapters visit the nation's many medieval-inspired spaces, from Sherwood Forest in Texas to California's San Andreas Fault. Stops are made in New York City's churches, Boston's gardens, Philadelphia's Bryn Athyn Cathedral, Orlando's Magic Kingdom, Appalachian highways, Minnesota's Viking Villages, New Orleans's Mardi Gras, and the Las Vegas Strip. As the editors and their fellow essayists take the reader on this cross-country trip across the United States, they ponder the cultural work done by the nation's medievalized spaces.

In its exploration of a seemingly distant period, this collection challenges the underexamined legacy of medievalism on the western side of the Atlantic. Full of intriguing case studies and reflections, this book is informative reading for anyone interested in the contemporary vestiges of the Middle Ages.