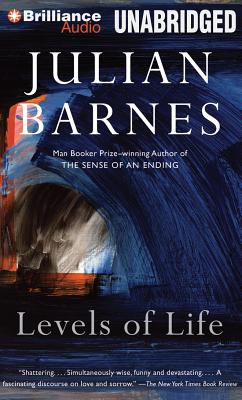 Julian Barnes's Levels of Life is about ballooning, photography, love and grief; about putting two things, and two people, together, and about tearing them apart.

One of the judges who awarded him the 2011 Man Booker Prize described him as "an unparalleled magus of the heart." This book confirms that opinion.