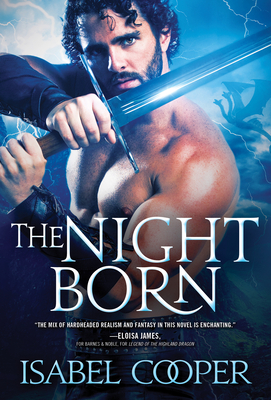 This is book number 2 in the Stormbringer series.

Raised to be weapons, Sentinels spend their lives fighting the monsters that prey upon humanity. Their hands will shape the world, and their swords will seal its fate.

As the Traitor God's army grows and war looms ever-closer, Sentinel Branwyn arrives in the gleaming city-state of Heliodar to ask its High Council for aid. Its youngest member, Zelen Varengir, is sympathetic to her cause, but his hands are tied by his powerful family—and when they demand he spy upon the beautiful warrior, there is little he can do but obey.

But something stronger than blood draws Zelen and Branwyn together, and when Branwyn is framed for the murder of the High Lord himself, the unlikely duo must learn to trust each other if they want to discover the deep secrets hidden in the heart of the city, uncover the real enemies moving against them, and embrace the attraction neither can deny...all while facing down the return of the greatest threat the world has ever known.

"Gives paranormal fans everything they could wish for."—Bookpage STARRED

"Fans of The Witcher TV series will enjoy Cooper's take."—Booklist

Isabel Cooper lives in Boston with two thriving houseplants. During the day, she maintains her guise as a mild-mannered project manager working in legal publishing. None of the houses she's lived in has been haunted, although one of her former roommates might have dated a zombie. For more visit isabelcooper.wordpress.com.