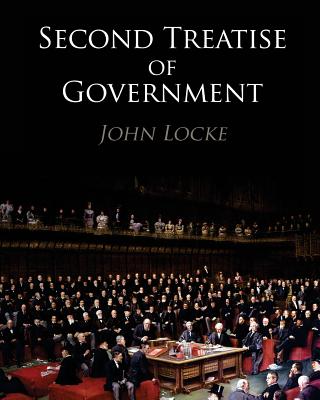 The Second Treatise of Government is a work of political philosophy published anonymously in 1689 by John Locke. Where the First Treatise attacks patriarchalism in the form of sentence-by-sentence refutation of Robert Filmer's Patriarcha, the Second Treatise outlines his ideas for a more civilised society based on natural rights and contract theory.

Locke develops a number of notable themes. It begins with a depiction of the state of nature, wherein individuals are under no obligation to obey one another but are each themselves judge of what the law of nature requires. It also covers conquest and slavery, property, representative government, and the right of revolution.