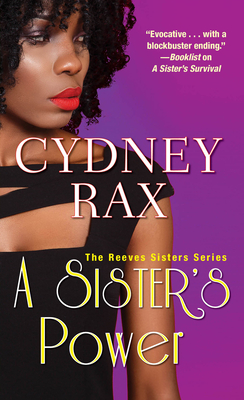 This is book number 3 in the The Reeves Sisters series.

In the face of shocking challenges, nothing is more important to the Reeves women than keeping their bond tight and their communication flowing. But honesty isn’t so clear cut when it could blow up everything they’ve fought to build . . .

Already reeling from betrayal, middle sister Coco is fed up with lies—including her own. If she has her way, someone else’s neck needs to be on the line for a change. But soon, Coco’s in deep trouble with the law, her future hanging in the balance. . . . Now the only thing that can save her is revealing one last devastating truth.

Struggling with unthinkable loss, Coco’s sister, Burgundy, finds comfort in a colleague’s arms. But her
eight-year-old daughter wants no part of him. She wants the life she enjoyed when her father was alive. As Burgundy fights to move on from the shocking tragedy of her marriage, she seeks a silver lining. And against all odds, she wants herself and all four of her sisters to win. In spite of secrets, lies, deception, and hurt, she will do whatever it takes to support and empower her family. Even if it means risking everything that’s important to her.

Now between revenge, grief, and forgiveness, these women will challenge themselves—and all they think they know about each other—in a showdown that may leave them united—or cause them to forever fall apart . . .

Praise for A Sister’s Secret

CYDNEY RAX became obsessed with becoming a writer after reading Terry McMillan’s Disappearing Acts. Her author dreams were realized through her eyebrow-raising debut novel, My Daughter’s Boyfriend. Her novels include My Husband’s Girlfriend, Scandalous Betrayal, Brothers & Wives, and My Sister’s Ex (cited by Essence® as one of 2009’s best reads). She has also contributed to the anthologies Crush and Reckless. Born and raised in Detroit, Cydney graduated from Cass Technical High School and earned an undergraduate degree from Eastern Michigan University. She resides in Houston. Visit her online via Facebook, www.cydneyrax.com, or email her at booksbycyd@aol.com.